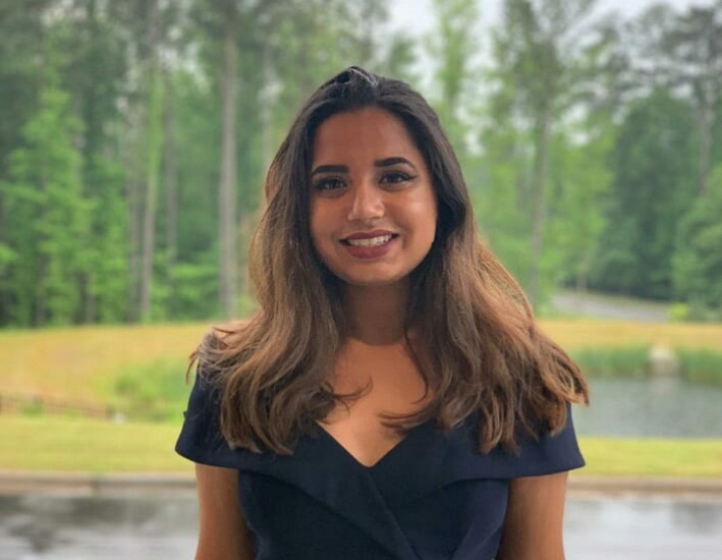 Krishna Shetye
​Piano
Krishna believes that music is a passion that everyone has within them. Whether the goal is to be able to play pop songs while singing or perform the classical repertoire, the musical foundation should be strong in order to accomplish one’s desired level of accomplishment. As a piano teacher, Krishna focuses on techniques such as reading, interpretation, and performance comfort for those who want to embrace the classical aspect of the instrument. With students who simply want a good understanding of the piano or want to play a variety of genres, she focuses more on skills such as improvisation and interpretation by ear.

Krishna began her piano training at the age of 4, where she eventually joined Yamaha’s Junior Special Advanced Program (JSAC). During her four years in JSAC, she was given the opportunity to compose and perform music for established musicians and executives from all over the world. As she advanced, Krishna adhered to the Royal Conservatory of Music (RCM) curriculum until level 9 and performed annually at the Kiwanis Music Festival. In school she constantly participated in extracurriculars such as jazz band and the pit orchestra as well as being a member of the concert band.

Krishna is a huge fan of jazz piano and was exposed to different styles during her time in the southern United States where she had her first taste of artistes like Gershwin and Count Basie. Her favorite musical era is the Modern Era, where styles clashed and true masterpieces were created such as Bernstien’s “West Side Story,” and Stravinsky’s “Firebird”.
​
As Krishna transitions into university this year, she plans on being just as involved with music at school and through teaching.